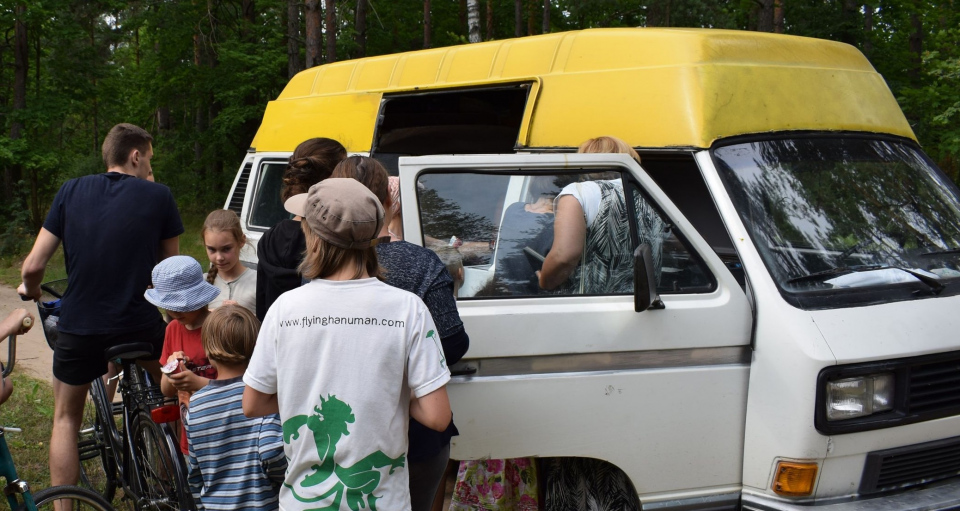 Please fill in this Residency application form for 2020 and send your supporting material (CV and portfolio) as one PDF (up to 15 mb in total) to verpejos@gmail.com before midnight, 2 March 2020.

Verpėjos residency is situated in Čepkeliai – Dzūkija national park, Marcinkonys village, Lithuania. Čepkeliai – Dzūkija National/PAN Park, which is composed of the Čepkeliai state nature reservation as well as the Dzūkija National Park in which the natural ecosystem of the Dainava Forest is preserved, is one of 13 PAN parks in Europe. The strict nature reserve was established in 1975 with the aim of preserving one of the oldest and most unusual forest bogs in Lithuania, the forested continental dunes, the lakes, the natural hydrological regime of the bog and the rare plant and animal life.

Residency is located in the parsonage building at the edge of Marcinkonys village. Build in 1900, the house still has it’s charming authentic architecture with wood burning stoves. There are three rooms available for artists, writers and researchers of varying fields. There is no traditional studio space, instead the whole set – up is for studying, reflecting, experimenting and mediating. There is possibility to meet and collaborate with local people with old knowledges like tree beekeeping, birch tar making, wool spinning, straw garden making, basket weaving and many more. Also, residents can have assistance of nature and history scientists and ecologists.

Marcinkonys village is reachable by bus or train from Vilnius.

Viktorija Damerell is an artist and curator mostly working in the areas of sound, sculpture and text. viktorijadamerell.com

Eglė Mikalajūnė is curator at the National Gallery of Art in Vilnius, teacher at Vilnius Academy of Arts and independent art critic.