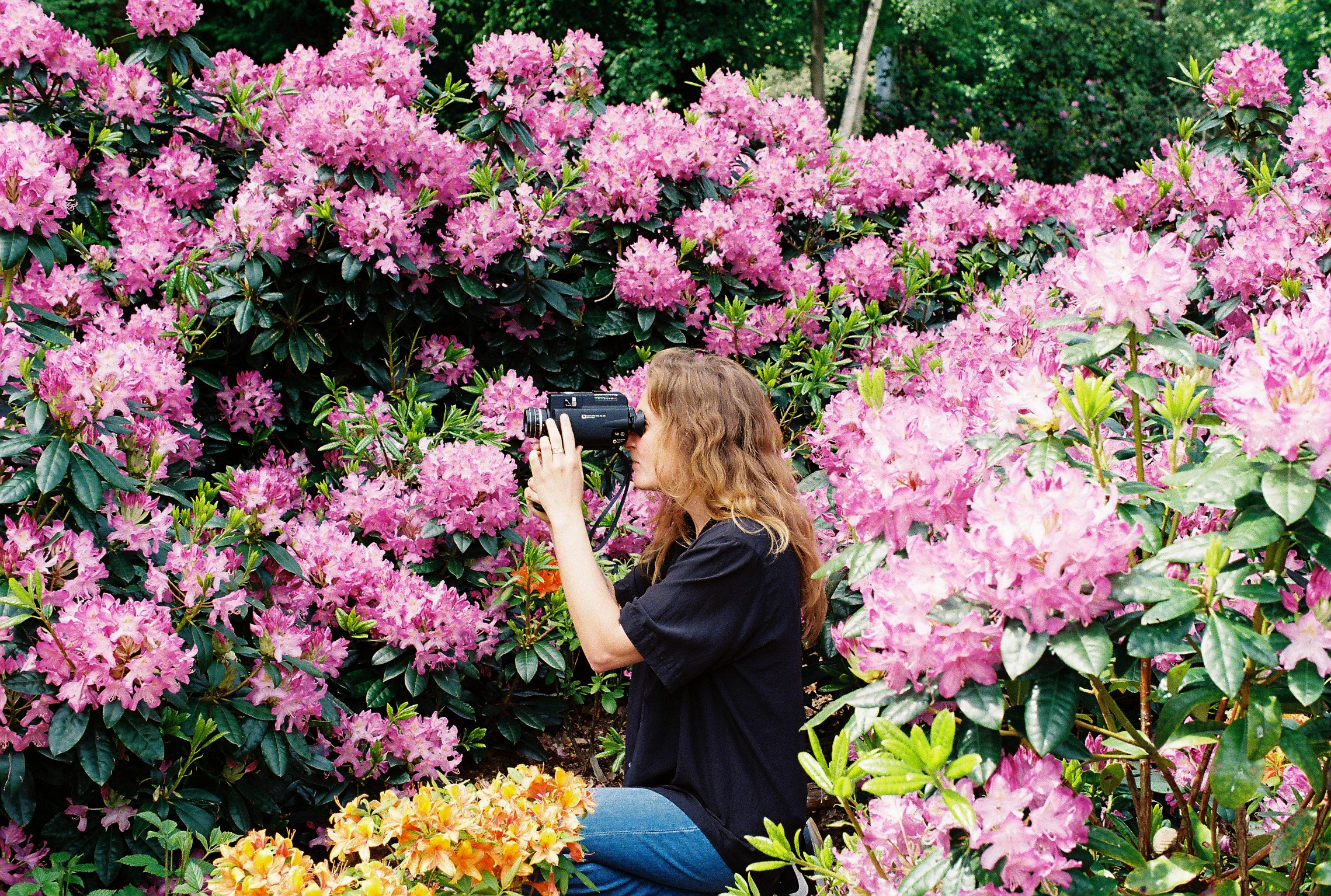 Katrina Niebergal is an interdisciplinary artist currently based in Rotterdam, The Netherlands. Her practice is centrally concerned with feeling — with what feeling feels like; its states of being and behaviors; its channels of arrival and transmission; its storage; and its relationship to the spiritual and transcendental. To navigate this slippery terrain, she employs her own experiences — memories, dreams, visceralities. Through working, she ongoingly attempts to construct her own ways of being and doing; to educate herself to, and practice, the unleashing of her-self.

Katrina is using the time in residence at Verpéjos to continue her work and research — which focuses on the speculative historicization of the absent female of traditional (Western, European) history; the void feminine principle. She is busy with reading, note-taking, drawing and writing; recording film and sound; and is speculately digging into local folk histories of pagan/pre-Christian origin.

Bergur Anderson is a Rotterdam-based artist from Reykjavík, Iceland; whose practice is essentially concerned with the relationship between the singing voice and the speaking voice; past and ongoing modes of storytelling; and the agency polyphony has in constructing oral narratives. He works primarily with sound, performance and installation.

Bergur’s work has been presented in “Harbinger” and “Mengi” in Reykjavík; “PuntWG” and project space “at7” in Amsterdam; “Rib”, Rotterdam; and “Kaunas Artist House” in Lithuania. Recent releases and collaborations include “Operating manual for floating in space”, an LP made with artist Mylan Hoezen; and “Singing Club of Rotterdam and Audience at Antenne”, a tape of live vocal explorations at Rotterdam’s favorite bedroom venue. “Night time transmissions”, his first solo album, will be released in the autumn of 2021 on “Futura Resistenza”.

During the residency, Bergur intend to collect field recordings and tales from the nearby surroundings — and seek inspiration for a new musical work, titled “Fathertongue”, which will be performed at “Palanga Street Radio”. His stay is supported by the Icelandic Art Center.