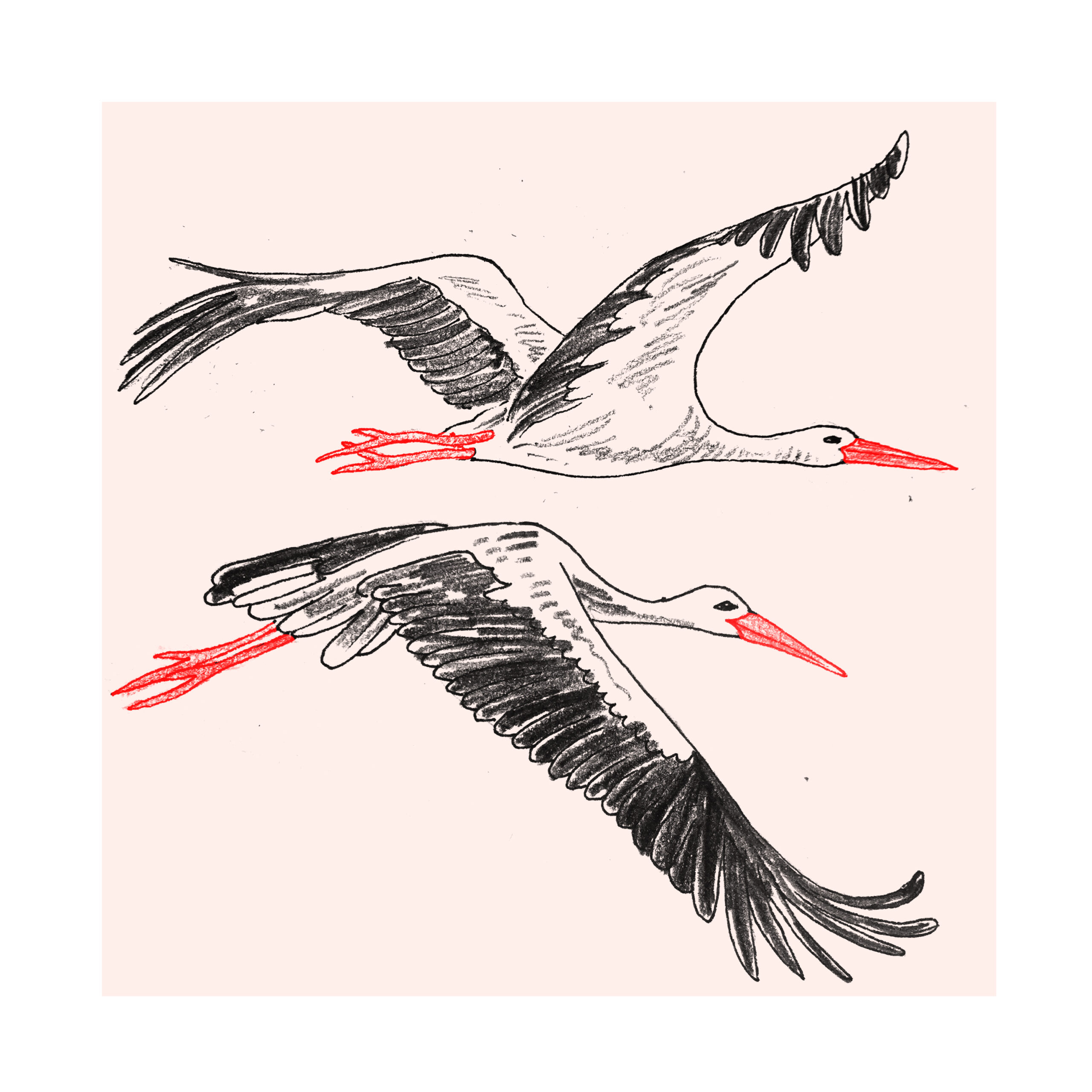 At the Marcinkonys train station gallery artist Marija Nemčenko is presenting “Blessed are those
that move” – an exhibition looking into multifold meanings of moving and migrating. Taking
Marcinkonys train station as a starting point, the stories of traveling disperse their own unique
ways. Is it white storks’ roosting stop during their long migratory journey, is it seasonal market
stall holders’ migration from the villages to the city, is it people’s hopes to find a safer stay
behind the border… In the exhibition “Blessed are those that move“ a strongly politized term
migration acquires multiplicity of forms, paradoxically temporarily rooted in the stop or a station.
Amidst the new works, Marija Nemčenko will show her artist moving image work “LAK” (2021),
which focuses on white storks (Ciconia Ciconia) and their migration routes. While making the
film, Nemčenko traveled around Lithuania by bicycle, interviewed ornithologists, talked to people
in the villages and towns, workers in the fields, elderly residents of individual farms, a closed
religious community near the Belarusian border and different other people including the local
people in and around Marcinkonys. The Film includes dialogues, reflections, knowledge, facts
and fiction that touch upon the topics of storks, birds, migration, homeland, movement,
biodiversity and interdependence, transforming artistic work into a space for the exchange of
ideas and cultural knowledge. The musical track for the documentary was created by composer
Andrius Arutiunian. “LAK” was created with a kind support by Kaunas Artist House and
Lithuanian Cultural Ministry.
During the exhibition making process Marija Nemčenko consulted and collaborated with local
inhabitants, who kindly shared their stories about the importance of the station to the
development of Marcinkonys. Based on the exhibition’s theme and Marija’s explanation of it, a
local artist Kastytis Skromanas has created an artwork that will be exhibited in the gallery too.

Marija Nemčenko’s practice is connected with exploring “Eastern Europeanness” and a
fragmented understanding of this geopolitically rapidly changing region and its historical, social,
political, and environmental connections with the rest of the world. Reflections on migration and
identity politics are often revealed in this eclecticism of Marija’s Eastern European futurism. In
her works, the artist makes connections, tries to transfer and acquire knowledge from outside
the traditional knowledge transfer frame. Learning from birds, plants and gossip in the market, in
her practice it creates a kind of fictional world that can sometimes reveal more about our
everyday reality than a direct look at it.
Marija holds a Bachelor of Arts in Sculpture from the University of the Arts in London in 2013
and a Master of Arts in Visual Arts from the Glasgow School of Art in 2016. She is a co-founder
of BRUT Collective. Her and BRUT Collective’s works can be found at
www.marijanemcenko.com and www.brutcollective.com