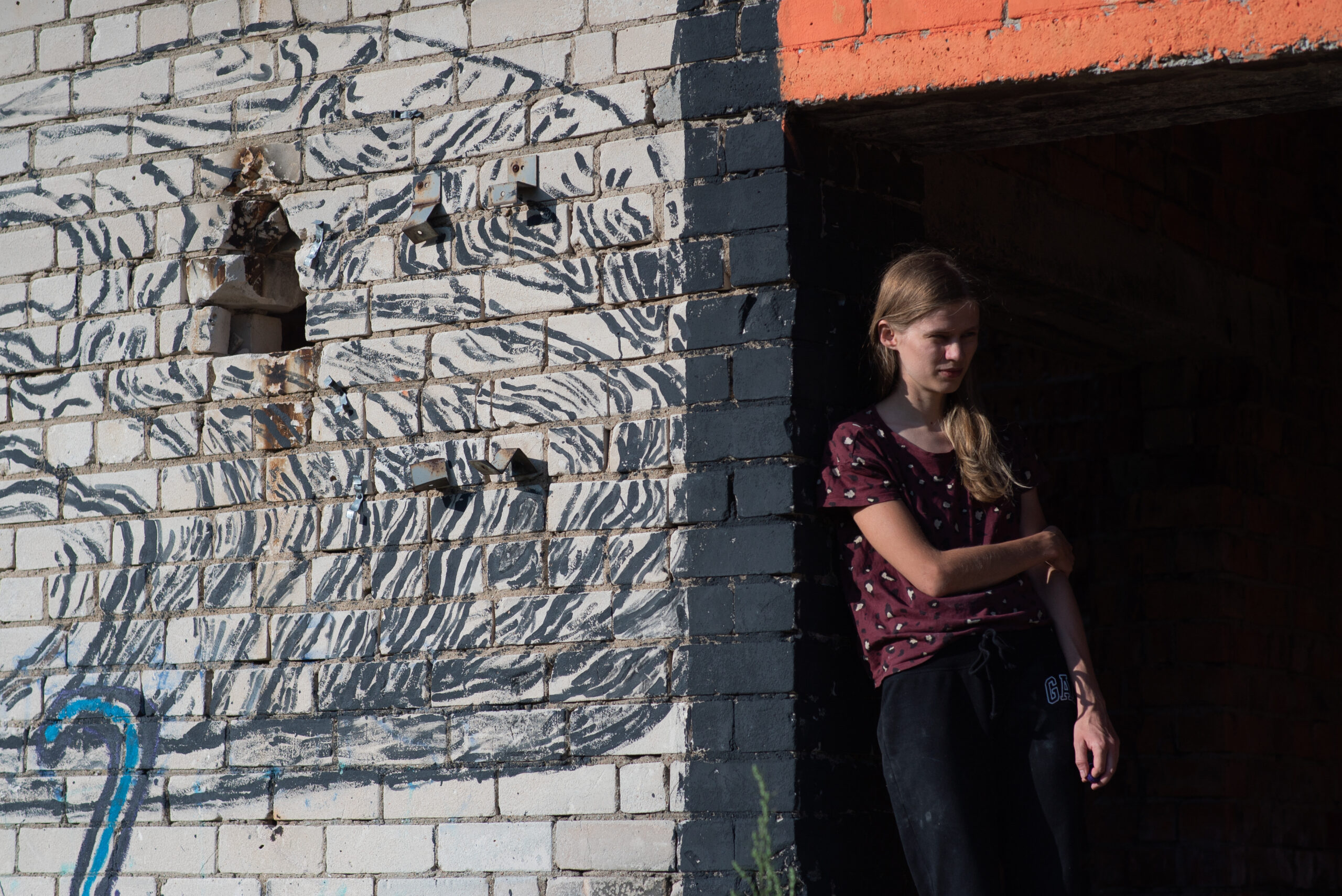 I’ve come to the village of Kabeliai. I’m living in what was once a school. After a grand renovation it was turned into a multifunctional community centre, which, after five years, also ceased to function. The locals will later be happy to see that art residents now live here, because otherwise, in the current crisis, this empty building would probably be reserved for housing illegal migrants. My goal here is to meet the lavkė and make an advertising campaign for it. I thought I was going to follow it on its route, cooperate with the lavkė’s owner. But the driver really didn’t know anything about these goals of ours and likely still doesn’t know.

I don’t meet the lavkė on the first day, the second day, or any of the following weeks. My colleague, however, encountered it on several occasions and bought tomatoes and cucumbers, claiming that they were of the best quality there. I start getting a little anxious. I find the driver’s phone number, but don’t call them. We have to encounter the lavkėorganically. I’m riding a bike to look for the lavkė at the time when it’s supposed to pass through the village, but I don’t find it and instead go swimming in the lake. I’m slowly beginning to realise that the lavkė will never come. It has become a symbol of waiting.

This gave rise to the idea of creating drawings on the walls of abandoned buildings on the theme “Waiting for the lavkė”. The phenomenon of the disappearing lavkė (which I was not lucky enough to see) and the whiteness of the van itself relate to the white-brick buildings in the village. One drawing was successfully completed on the former village bathhouse. I wanted to create there an atmosphere of waiting, which eventually would become more abstract, a sort of whisper. Chimney-cigarette, pine roots-wormwood lungs, bones. At first, I intend to do the drawings with easy-to-remove charcoal that we will “bake” with Laura Garbštienė in the fire-pit near the school.

One evening I lay on the couch and looked at the ceiling… A thought came to me suddenly that it was possible to remove some of those gypsum ceiling squares from the renovation, and to call the resulting shapes “Cross-stitch embroidery”. The ceiling – material for “embroidery”. And it will be very localised, interventional, and conceptual. It is also related to “Verpėjos” (later everything will have to be put back again – no need to store anything). That’s how I removed and made a swan, a heart, and a spiral jetty that looked like a snail. When the cleaning lade came, she thought that something had happened to the ceiling, but I calmed her down. However, the school’s director was very displeased with my “embroidery”. She warned me that by Friday everything should be put back, because then the mayor arrives, and on Saturday there will be a book presentation, and people will not understand what’s going on, etc. I was in a philosophical mood, so I said to her: “Art is always a disturbance.” And she retorted: “Not always. And this isn’t even art at all!” In fact, I quite enjoyed it that my “Cross-stitch embroidery” annoyed her, although it could have happened a little later.

The last piece – a strawberry garland for the lavkė driver Tadas, to decorate the windshield of the van. I cut it inspired by Odeta Tumėnaitė-Bražėnienė’s book Mokomės karpyti [Learn to paper-cut], which I found in the Verpėjos library. It kindly reads as follows: “And now we’ll make amazing paper-cuttings…” Only I ended up not giving the garland to Tadas.

Dovilė Bagdonaitė (b. 1991) graduated from the Department of Site-specific Art at Vilnius Academy of Arts. Currently, she is a doctoral student in the area of Art. Her work is installative, combining various techniques, personal experiences, small-format mosaic and wall painting, “garbage aesthetics” and transparent, elegantly “cast” easel painting. Her works can be found in the public spaces of Vilnius.